2021 International Conference of Mountain Tourism and Outdoor Sports kicks off

GUIZHOU, China, Sept. 28, 2021 /PRNewswire/ — The 2021 International Conference of Mountain Tourism and Outdoor Sports and the 16th Guizhou Tourism Industry Development Conference kicked off in Tongren, Guizhou province in China’s southwest on September 26, 2021. The focus of this year’s event is how to build a model that creates synergies between the tourism and related sectors with the goal of improving the tourism experience for travelers to the province by deepening industry integration. Of note is that this is the only conference with a theme combining mountain tourism and outdoor sports not only in China, but worldwide. 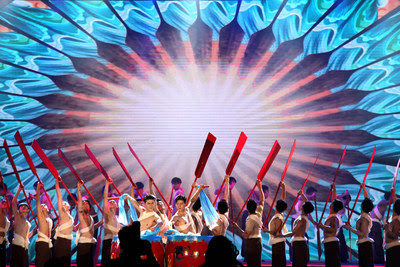 In addition, in order to facilitate the development of a quality first-class cultural tourism industry in China’s West Triangle (Sichuan province, Guizhou province and the city of Chongqing), the cultural tourism authorities of the three regions signed a cooperation agreement and announced the formal establishment of the West Triangle Cultural Tourism Cooperation Alliance at the opening ceremony.

The event drew wide attention from international media outlets and representatives of chambers of commerce. Guizhou province’s English-language publicity website “Explore Best in Guizhou” invited journalists from China’s leading media groups including People’s Daily, China Media Group and huanqiu.com, as well as from overseas media organizations including PR Newswire, Polskie Radio, UK’s CultureTrip, International Daily News, Il Tempo Cina Europa, and La Voz China, in addition to representatives from chambers of commerce including those from the International Business Agency of North Rhine-Westphalia, Germany and the Konrad Adenauer Foundation, to visit Guizhou and observe the steps being taken by the tourism authorities to build out the industry across the province, with the ultimate goal of transforming the province into a “must visit” destination for travelers from the world over.